The Mohamed bin Zayed Species Conservation Fund has awarded 825 grants constituting a total donation of $7,128,279 for species conservation projects based in Asia. 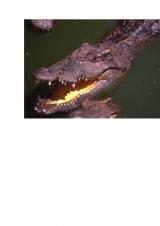 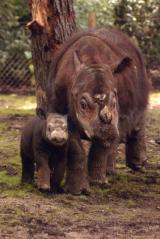 Rasbora tawarensis or locally known as depik are freshwater fishes endemic&threatened in Lake Laut Tawar, Aceh, Indonesia. The fish has been listed in IUCN red list in vulnerable category& updated by CBSG as critically endangered. The fish also the most commercially important by-catch for native fish species in the lake. Based on initial evaluation this species are very important freshwater fishes in Aceh waters.

To adapt a new, non-invasive and cost-effective footprint identification technique (FIT) for monitoring the elusive and endangered striped hyena in Turkey. This beautiful animal is widely persecuted and there are no comprehensive population monitoring strategies. FIT is a species-specific monitoring tool developed by WildTrack (www.wildtrack.org)and can give high accuracy in identifying at the species, individual, age-class and sex levels.

Amur tigers and people must find a way to co-exist in the RFE. GPS collar technology enables researchers to gain insights into predator-prey dynamics and help resolve some of these conflicts in a scientific manner. Our research intends to apply this technology to assess kill rates on ungulate species throughout the year, contributing to conservation of one of the worldâ€™s most threatened and iconic species.