One hundred miles from Conakry, the capital of Guinea, lies the island archipelago of Tristao where endangered marine turtles and communities share a fragile marine protected area. Within the archipelago, on the island of Katrack, is a 20 km long sandy beach where Hawksbill, Green and Olive Ridley marine turtles come ashore to nest in this global turtle hotspot. This project will work with the local communities to protect the nests, prevent poaching, reduce habitat degradation, conduct DNA analysis and ensure this valuable population of endangered sea turtles continue to thrive. Community engagement includes the support of a local school and a dispensary. To shepherd this project, a doctoral student will be studying the impact of community engaged conservation on nesting and foraging marine turtles.

Research: Establishment and operation of a field station that will facilitate the research of a doctoral student including nest site monitoring, field surveys, genetic analysis and habitat monitoring.

Practice: Support for the management of the marine protected area through training, equipment and manpower.

Outreach: Community outreach and support for the local school and dispensary specifically targeting quality of life for the local community and improving relations with community leadership and fishers. 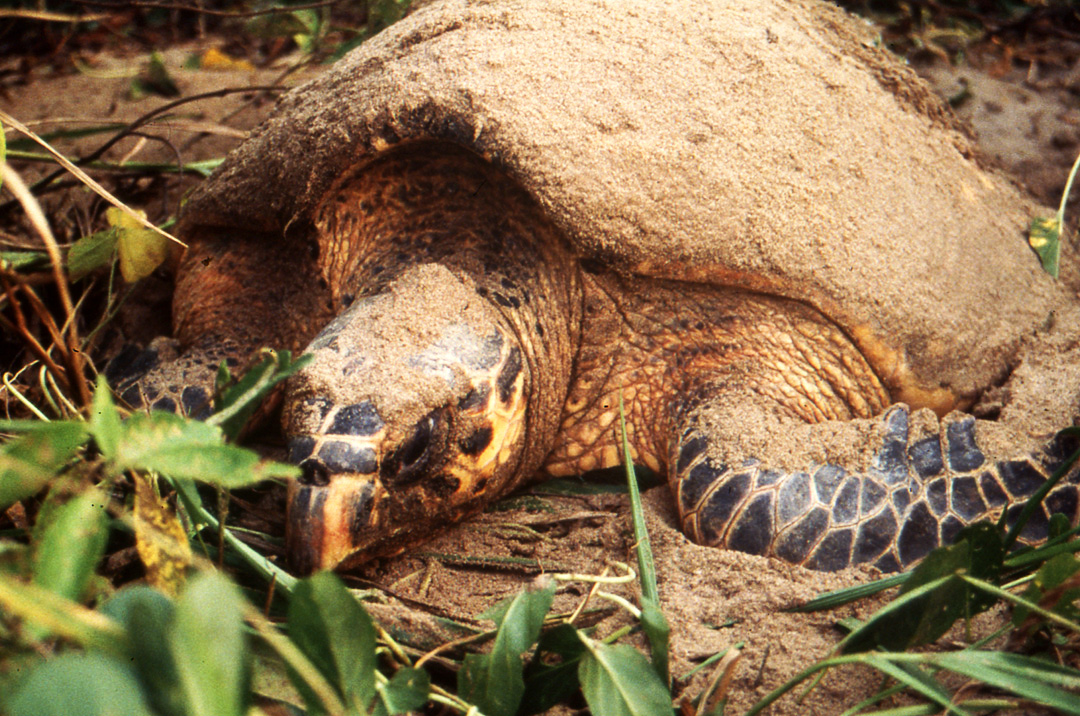 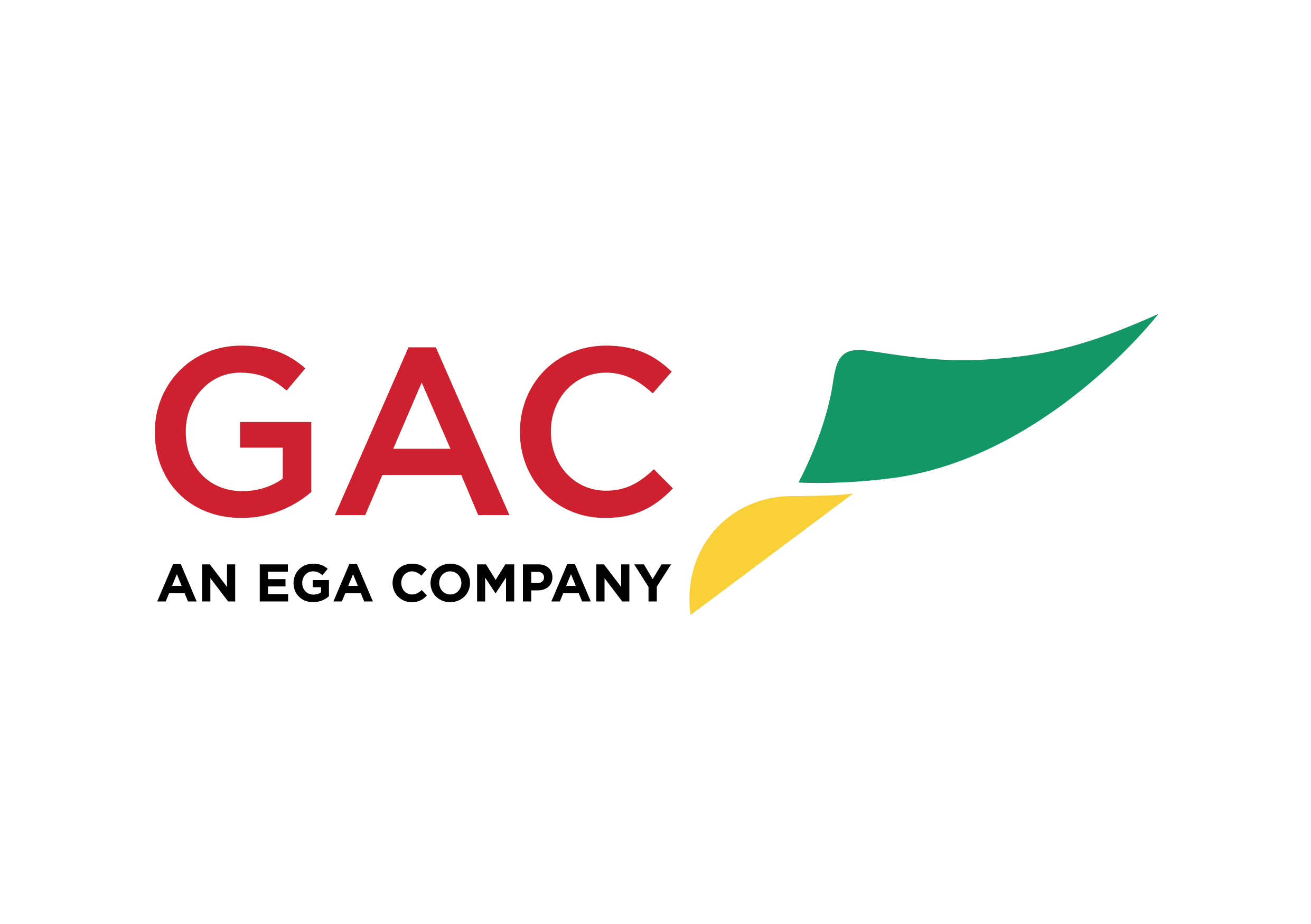 This project is implemented by Sea Turtles Chenolee, supported by Mubadala and its asset, GAC, and managed by the Mohamed bin Zayed Species Conservation Fund.

In March the final validations of propriety documents were signed off, site visits with the construction companies were completed and the new scientific field station work began. The first step was to identify a good place for the digging of a well to obtain freshwater for inhabitants of the station and for use during the construction phase. All materials, sand, gravel, iron etc, were brought to the island on large canoes and then transported to the site by motorcycle. This process caused a few delays at first, but now the project is firmly back on track again. The foundations have been laid and construction work is ongoing, all conforming to the architectural plan and within budget. 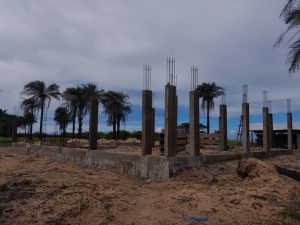 Field station construction as of August 2022.

The August mission was devoted to further training of the Katrack Island team. The training strengthened their knowledge and capabilities in the field, during morning and night patrols, in bycatch release and recognition of different turtle species as well as monitoring and transplanting egg laying with the appropriate equipment.

During patrols, the camera installed in May was checked and discovered to contain photographs of Civets, Genets and green monkeys (Vervets). The camera card was then reformatted, batteries replaced, surrounding area cleared and then put back to see what else it will capture.

Patrols were carried out using a motorcycle which permitted a better, more widespread coverage of the 20km beach for the villagers and scientific teams. Yellow algae were seen covering the whole beach, possibly caused by upwelling from the Gulf of Guinea and Canary current system. In different areas, the amounts of algae were so significant that they may prevent turtles from coming to the beach. This is a challenge that needs continuous monitoring during the season due to its possibly dramatic consequences on turtle breeding. 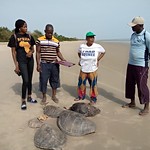 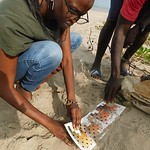 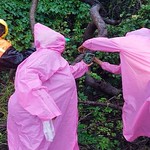 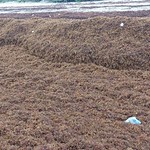 During a morning patrol a nest containing 202 eggs was found on the beach. To protect the nest from poachers and predators, it was moved to a more secure place where it will be under permanent surveillance until hatching. 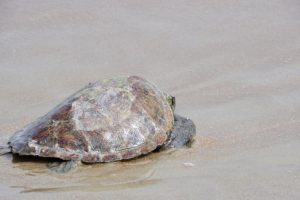 Release of the green turtle in May 2022.


Supplies provided to the school in Katfoura

To coincide with the end of year results ceremony, our team visited Katfoura school. They took along a donation of material for the school and used the occasion to raise awareness among the children, their parents and teachers, on the importance of protecting sea turtles. A joyous event, with the best students in class receiving gifts and sweets, the ceremony ended with the blessings of the District President and village elders. 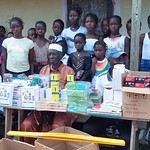 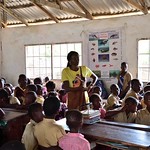 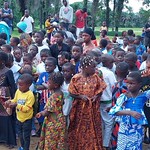 During an expedition to the Loos Islands with Chief Manager of the Wildlife Sanctuary, Sékou Kourouma. Our team took the opportunity of installing a camera in front of a well-positioned beach for marine turtles on “Ile blanche”. Loos Islands constitute a second and complementary breeding site to Tristao Islands and needs to be looked after, which is why our team decided to do something about the pollution problem there! 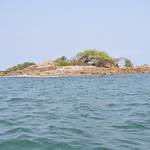 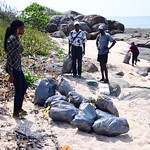 In June, Réseau Régional d’Aires Marines Protégées en Afrique de l’Ouest (RAMPAO) organized a workshop in Senegal on marine turtle determination and conservation. Three Guinean conservators were invited to attend, including the Conservator in Chief of Tristao Islands MPA. The occasion enabled our team to strengthen their knowledge, and to meet and exchange information with counterparts from other countries in the region (Guinea Bissau, Senegal, Mauritania). A RAMPAO training manual on marine turtle conservation and FAO manual on waterbird determination were presented to them following the event. 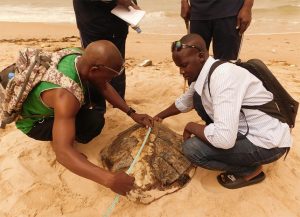 Manager in Chief during the training session in Senegal.

During the mission in May, a one-day training session was organised with the nature managers of Katrack Island. Courtesy of a newly purchased video projector our team presented the different definitions of biodiversity, aspects of bird migration and why it is important to manage nature and in particular marine turtles. This month we have started an inventory of waterbirds, largely waders coming from Europe, resting and feeding on the beach with the objective of evaluating the possible importance of the island for wintering species.

During a tour of the islands, accompanied by the Chief Curator of the Wildlife Sanctuary of the Loos Islands, our team met with the Mayor of Loos and the island’s head for the environment. They discussed the community conservation of the marine turtle and gained a better understanding of the beaches in the archipelago. A further stop on the nearby small island of Blanche, resulted in the discovery of four Green Turtle nests at this significant wetland site. The plan now is to implement monitoring here in the hope that Hawksbill Turtle nests are detected. 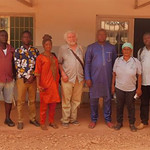 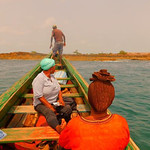 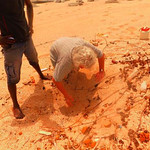 Construction of Field Station to Start in March

In addition to this networking among environmental officials in Guinea, we have had several meetings with the construction company which will be building the field station near the beach in Tristao. Work will begin very soon, maybe even in early March. The project has prepaid for the materials and a second instalment on the field station project will be due soon and construction will begin. 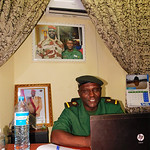 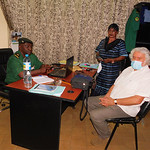 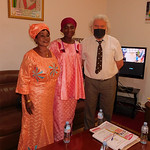 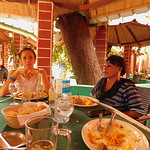 The marine turtle conservation team relocated 9 nests in December 2021 to an enclosure protected from egg poachers. After a 60-day incubation period, 150 Green turtle hatchlings emerged on the 1st of February 2022. The other nests are being closely monitored. Some members of the marine turtle conservation team on Tristao Archipelago in Guinea joined the West Africa Marine Turtle Workshop in Guinea Bissau in December to exchange information, share expertise and develop a community of conservationists along the coast from Mauritania to Sierra Leone. Next on the agenda are meetings with local leaders, strategic planning, fishers survey, training with protected area rangers and community development.

Our community turtle conservation partners, Chelonee, in Guinea have realized success by working with the local community to acquire land for a research station where a doctoral student will begin her sea turtle research project. In addition, while on the same field trip the team erected a sea turtle nest protection area. All of which is visible in the slideshow below.

The president of the district donated a coastal field of 2 hectres, according to the traditional manner, to the association Chélonée for its research station. A field visit was done. With a cashew plantation occupying part of the land, the owner asked if he should cut them down. Our team gave a negative answer, because they did not constitute a problem. The rectangular field measures 2 ha and is on the edge of the sea. The team recorded GPS points on the four corners of the field, which allowed Jacques to draw a perimeter on satellite pictures from Google Earth 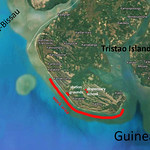 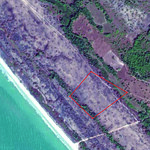 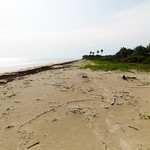 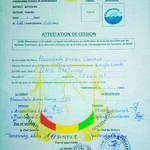 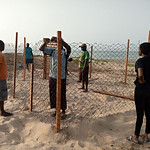