Distribution, ecology, and conservation of Drepanolejeunea bakeri Herzog, an endangered epiphyllous liverwort from the Philippines 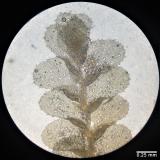 Drepanolejeunea bakeri was described by Herzog in 1930 based on sterile specimens growing on leaves of Ficus validicaudata collected by C.J. Baker at the summit of Mt. Makiling [1, 2]. The occurrence of this species in Mt. Makiling and Mt. Polis was reported by Tixier in 1972 [3] and in Mt. Bulusan by Mizutani in 1975 [4]. Like other epiphyllous bryophytes, this species is highly vulnerable to changes in microclimatic conditions [5]. According to the IUCN SSC Bryophyte Specialist Group in 2000 [6, 7], this species is classified as Endangered (B1, 2cd) with its area of occupancy being less than 500km² with fewer than five localities and its declining habitat. The threats cited are extensive logging and agricultural expansion. In the Philippines’ updated national list of threatened plants [8], this species was classified as Endangered; however, this was merely adopted from the IUCN Red List and no field studies were conducted.

It is apparent that information on the occurrence and distribution of this species needs to be updated as there had been drastic changes in habitat quality and habitat destruction in the identified localities over the past 20 years. The near deforestation of Mt. Polis [9] and the eruptions of Mt. Bulusan [10] may have negatively affected its population in these localities; only the montane rainforests of Mt. Makiling has experienced little to no disturbance. The target outcomes of this project will provide essential information on the current distribution, ecology, and threats on this species which are necessary in updating its conservation status.

[4] Mizutani, M. 1975. Epiphyllous species of Lejeuneaceae from the Philippines. Journal of the Hattori Botanical Laboratory 39:255-262.

[8] Department of Environment and Natural Resources. 2017. DENR Administrative Order No. 2017-11: Updated National List of Threatened Philippine Plants and their Categories.