The 30 June Application deadline has passed. The next deadline to submit a grant application is 31 October 2013.

The Fund received 505 applications before the midnight GMT deadline. Several more applications were received after the deadline and will be considered with applcations received before 31 October 2013.

The International Advisory Board will immediately begin reviewing the applications received before the deadline. This process takes time, and, given that the Fund only has $500,000 to disburse in this round, it is likely that the majority of applications will not receive a grant. This is unfortunate and we all wish the Fund had more to give.

Thank you all for applying and fpor your continued committment to the world's most endangered species. 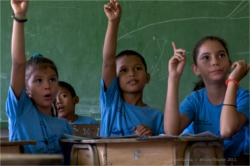