Despite evidence that locally led, targeted nature conservation - especially in regions worst hit by the climate emergency - is successful in conserving threatened species facing extinction, restoring ecosystems hanging in the balance and mitigating the devasting effects of climate change, only 3% of global climate finance is spent on nature-based solutions. Support for grassroots conservation is just a fraction of that.

Nida Al-Fulaij, Conservation Research Manager at PTES explains: "Although climate change is rightly at the forefront of the worlds' minds, we cannot lose sight of the biodiversity crisis that is also unfolding right before us, often because of climatic impacts. More funding relative to the scale of both crises is urgently needed to support ongoing and future grassroots conservation projects, as many also address the threats and devastating impacts of climate change." 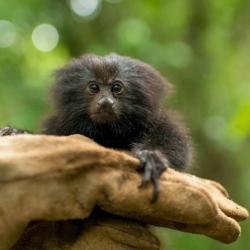