Despite its cultural and commercial importance, the diversity and life history of freshwater eels in the Philippines can be defined as data deficient, and thus need of assessment. This projects aims to provide an insight into the current conservation status of these species in the Northern Philippines region.

This project studies home range, distribution and habitat use of the Hispaniolan hutia using a combination of GPS and radio telemetry. A key aim is to train fieldworkers within the Dominican Republic in order to give them the experience and skills to monitor threatened species and be able to implement conservation measures in the future. 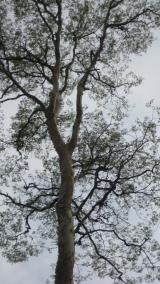 This project is mainly focused on the conservation of Asia endemic primate, Phayre's Leaf Monkey (Trachypithecus phayrei). Global population is decreasing due to combination of habitat degradation and hunting pressures. Main objective is to find out threats affecting the survival of Phayre's Leaf Monkey in Myanmar and to provide the management strategies for conservation work. 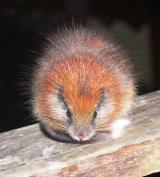 Conservation assessment of endemic tropical montane amphibians in Uzungwa Scarp, East Africa. The study aimed to relocate and verify the habitat of three target species of anuran. One species was successfully relocated and demonstrated a range expansion beyond previous records. Two species remained elusive after two years of surveys.

Sawfishes are arguably the most threatened marine fishes in the world. All seven species have experienced global declines of at least 90% due to fisheries overexploitation and habitat loss; consequently they're listed as Critically Endangered on the IUCN Red List. We will develop a Global Sawfish Conservation Strategy: clear, global-scale prioritized recommendations for meaningful research, education and conservation action to secure a future for ...