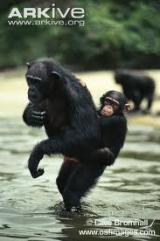 American Bird Conservancy (ABC) set out on an expedition to capture Black-capped Petrels, affix radio transmitters, and track the seabirds to new nesting locations that could be monitored and protected. Unfortunately, we were unable to capture any Black-capped Petrels, but did learn a lot about the difficulties of capturing the seabird and conditions necessary to do so.

Hispaniola is the only island in the Caribbean where two species of Rock Iguanas occur. The formation of Hispaniola is most likely the cause for this unique distribution. One species of iguana is thought to have been on each paleoisland before they collided to form Hispaniola. The mystery is in what species was on what paleoisland and how they manage to co-occur today.

In the tropical Andaman Islands, the forest floor lizard community is affected by introduced spotted deer. This indirect negative effect of an introduced mammalian herbivore on endemic lizards was documented in a study conducted by a team of Indian ecologists from 2012 to 2014. They found that spotted deer, by extensively browsing on the under-story vegetation, reduce cover and consequently depress lizard densities. 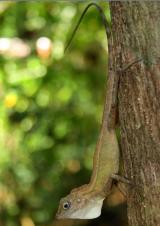 March's Emerald Palm Viper is a montane viper from Guatemala and Honduras. It's conservation status is unknown but considering its small geographic range, habitat specificity for cloud forest and the fractured nature of this habitat, it is considered endangered and in decline. This project conducts the first ecological study, investigating diet selection and providing the first population density estimates of this poorly studied viper.

The Black Lion Tamarin, Leontopithecus chrysopygus, is an endangered primate species, endemically occurring in highly fragmented and isolated small populations within a limited range in the Atlantic rainforests of the state of Sao Paulo in Brazil. The IPÃŠ Institute for Ecological Research conducts applied conservation research and in-situ meta-population management, facilitates the creation of conservation units and the restoration of habitat ...

Fauna & Flora International (FFI), Yaâ€™axchÃ© Conservation Trust, and partners are increasing patrols in the Golden Stream Corridor Preserve, Toledo District, Belize to thwart the urgent threat of illegal logging in and around the Preserve, and are conducting population assessments and species verification of D. stevensonii to design and sustain long term conservation strategies for this highly valued tree species.

Emirates Wildlife Society in association with WWF (EWS-WWF) launched in 2010 the Marine Turtle Conservation Project in collaboration with various organisations in the Arabian/Persian Gulf region. By tracking marine turtles through the region, EWS-WWF aims to raise the collective awareness of their plight, and provide concrete links at an international level upon which local and regional conservation agendas may be developed.

Rockskipper are fishes that can survive when out onto the watersurface. Recent research on rockskipper inIndonesia occurred around the year 1800. Project is located in Siung beach. The project's result showed that Andamia heteroptera as the abundant rockskipper fish in Siung beach. This species is unique that it has a tetrapod-like vertebrae while it also has a muscular structure resembling primitive fishes musculature.