Salvia taraxacifolia, an endemic species of Atlas Mountain of Morocco, is assessed globally as endangered species. The population size of Salvia taraxacifolia is decreasing and the quality of its habitat is declining due to numerous threats. In collaboration with local communities, we will implement integrated in situ and ex situ conservation measures and strength local management practices, to contribute on the conservation of Salvia ...

The project targets nine critically endangered land snails from the Madeira Island (Portugal), which are not recorded alive for, at least, 30 years. ... 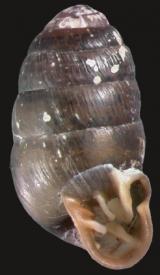 The Madeiran green bush-cricket (Psalmatophanes barretoi) is endemic to Madeira. According to the IUCN Red List, the species is vulnerable. The main threat to the species is the increasing frequency of wildfires on the island. Hence, in this project, the population and behaviour dynamics of the species from the wildfire effects will be studied based on field work, genetic and phenotypic measurements.

This project is aimed at promoting the survival of critically endangered Haplochromis Argenteus fish species in Lake Bisina and the surrounding wetlands in Eastern Uganda.