Assessing the conservation status of the most threatened fungi in New Zealand and Australia. An Australasian Fungal Red Listing Workshop will be held in Melbourne, Australia, on 22-26 July 2019. Invitations have been extended to international and Australasian experts, linking to the Global Red List Initiative led by Dahlberg, Krikorev,and Mueller. 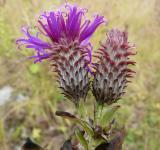 Capturing the genetic diversity of the recently rediscovered plant Dracaena umbraculifera before it is too late.

Saving Marasmodes undulata, one of the most threatened plants in the Cape Floristic Region 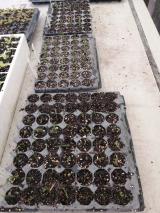 Sibuyan Island, known as the â€˜Galapagos of Asiaâ€™, is home to three critically endangered island-endemic palms (Arecaceae), viz. Pinanga sibuyanensis, Heterospathe sibuyanensis, and Orania sibuyanensis. Hitherto, no studies have been published regarding these palms aside from their incomplete taxonomic descriptions. Thus this project endeavors to document their distribution, ecology and natural history and disseminate the knowledge to ...

Dracaena ombet is a globally endangered tree species. In Ethiopia, it is only sparsely found in the degraded Desaâ€™a forest. To date, no data on the tree in Ethiopia. Therefore, this project will assess the treeâ€™s current conservation status through collecting data from field and stakeholders. Collected data will then be scientifically analysed to prepare its future conservation actions, predict suitable habitats; and train ...

Conservation actions for monitoring and protecting the endangered and the only reef-like structured species in the Mediterranean Sea, Cladocora caespitosa