The Mohamed bin Zayed Species Conservation Fund has awarded 607 grants constituting a total donation of $6,068,680 for species conservation projects based in Africa. 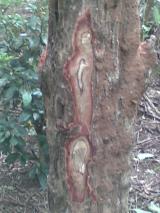 Through this project, it was discovered that the Pepper-bark tree is more threatened than previously classified on the national Plant Red Data List (Vulnerable)

Ludwig’s Bustard is a poorly known bird that is under threat from a single source of anthropogenic mortality – collision with overhead power lines. Our project aims to find out more about the impacts of collisions on this long lived species, and investigate ways to mitigate them through censuses, mortality surveys, satellite tracking, line marking experimentation and studying the visual capacity of collision prone species.

Conservation of reptiles on the Comoro Islands – a project of the Bavarian State Collection of Zoology, Germany, in collaboration with partners at the Republic of the Comoros and France to research into endemism and possible threats and to propose conservation stati and measures. 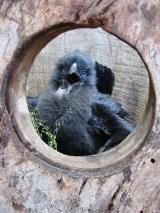 Preventing conflicts with lions is possible. APW's Living Walls project is an important example of how people, cattle and lions can all be kept safe. Using a unique combination of chain link fencing and live trees as fence posts, these special enclosures keep cattle safe from lions and lions out of the way of Maasai spears!

Kitobo forest, Kenya is a lowland forest biogeographically assignable to to the East African Coastal forests. Being small and insularized the conservation status and natural history of a population of Leptopelis flavomaculatus (Günther, 1864) is highly threatened and in urgent need of assessment. Its major threat is habitat loss through destruction resulting from flood waters after rains in Mt. Kilimanjaro area.