The Mohamed bin Zayed Species Conservation Fund has awarded 774 grants constituting a total donation of $6,767,593 for species conservation projects based in Asia. 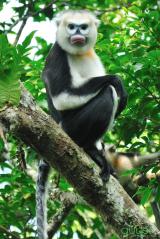 The BOS Foundation has reintroduced 131 orangutans into the Batikap Reserve in Central Borneo, thus establishing a new wild population of this endangered ape. These orangutans were captured as babies or rescued from oil-palm plantations, so BOS undertakes intensive post-release monitoring to ensure they are successfully adapting to independent living, and works with local community stakeholders for long-term protection of the orangutans and their ... 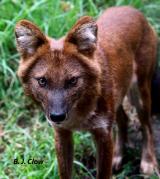 The aim of this project is to determine important ecological aspects of endangered dholes in Cambodia. In particular, research will focus on determining the minimum area and prey requirements needed to conserve viable dhole populations. Results of this project will be used to make recommendations regarding the appropriate reserve size and prey numbers needed to conserve the remaining dhole populations in Southeast Asia.

The critically endangered Persian wild ass or onager (Equus hemionus onager) is now restricted to only two distantly located protected areas in Iran. This project aims to determine key suitable habitats and potential sources of mortality of the larger onager population in and around Bahram-e-Gour Protected Area in Iran to inform landscape level conservation plans for the species. 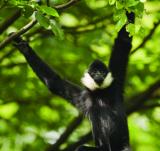 Working with local communities and relevant authorities LBA aims to increase their awareness and improve the conservation status of the northern white-cheeked crested gibbon. The project will result in increased capacity through targeted training to allow an assessment of gibbon status and threats and increased knowledge on the status of gibbons to identify keys areas for conservation activities.

When live Sunda pangolins are confiscated from the trade they are often released into the wild with minimal health checks and no post-release monitoring. This project is releasing and monitoring six individuals, determining if release is a viable placement option. From this, international standard protocols will be developed that can be implemented by the Forest Protection Department and other conservation organisations across Vietnam.