The Mohamed bin Zayed Species Conservation Fund has awarded 269 grants for this species type, constituting a total donation of $2,523,828. 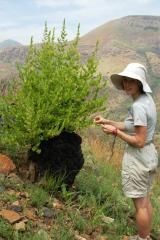 Dioscorea strydomiana is only known from one location and there are fewer than 250 extant mature individuals. The extremely restricted range and small population size, combined with a very long reproductive cycle, weak recruitment, a major threat from harvesting for medicinal purposes, all make this yam extremely threatened - the most highly threatened yam in the world. The present study aims to explore the demographic tendencies of Eriosyce chilensis, a species distributed in an extremely narrow coastal strip in the Mediterranean zone at central Chile. To infer the demographic tendencies of E. chilensis we will conduct detailed mapping of the species distribution, filogeographic analyses and reproductive experiments. spatial, genetic and experimental tools.

This project is about to support and empowered local communities surrounding Analavelona sacred forest to conserve its natural ecosystems through sustainable use of natural resources. So farmers keep use grassland surrounding the forest as pasture but find a strategy to prevent the fire use to renew pasture to spread and destroy forest boundary. Kingiodendron pinnatum (DC.) Harms (Family: Caesalpiniaceae), an endangered species and population is under threat due to habitat degradation and unscientific overexploitation of the oleo-resin and timber. The present study is aimed at survey and documentation of population size, structure and dynamics of species in Western Ghats, Karnataka and awareness programme on its importance and problem associated with the species and conservation aspects 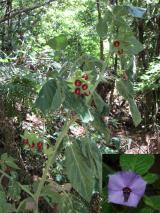