The goal of the peruvian NGO Proyecto Mono TocÃ³n is to protect the endemic and critically endangered San Martin Titi Monkey (Callicebus oenanthe). Additional research and conservation activities are being developped for other peruvian primate species. ...

The University of Georgia pygmy hippo project aims to assess the conservation biology of this species in the Moa River region of Sierra Leone. We are assessing distribution, abundance, and basic life history using a variety of field techniques. Our team is also undertaking environmental education programs and collaborating with others studying pygmy hippos. 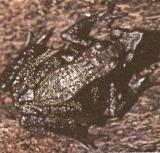 This project assessed the exact distribution of this small Mexican fish species (Carpitade Morelos). It estimated its population size in its current distributional area and evaluated the genetic diversity of the species by means of microsatellite DNA analysis. Finally, a report was authored to assist in the recovery and conservation of the Carpitade Morelos.

Our project aims to protect Aras and Arpacay valleys that host Turkey's 4 species of vultures. We try to understand their breeding, wintering and migration patterns so that we can propose a species action plan for either the protection of the species and their habitats. We use satellite telemetry for tracking Egyptian Vultures which is a globally endangered species. 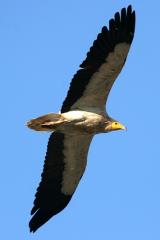 The goal of this project is to provide all the necessary information for re-evaluating the conservation status of four target mammalian species (Taeromys arcuatus; Taeromys microbullatus Maxomys dollmanni, Rattus salocco) currently listed as Data Deficient by the IUCN and that are believed to inhabit the Eastern part of the Island. https://sites.google.com/site/alessiomortelliti/