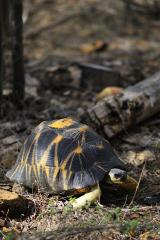 Two species of lizards Phrynocephalus horvathi and Eremias pleskei listed in IUCN Red List as Critically Endangered and one species of tortoises Testuo graeca listed as Vulnerable inhabit ecosystems of the semi-deserts of Ararat Valley which most threatened due to restricted territory and overpopulation. This project is aimed at getting the first-hand knowledge on distribution and abundance these reptiles.

Elephant of Savanah (most of them

The grant we received from the Fund has allowed staff of the Plant Extinction Prevention Program to visit the four remaining individuals of Labordia lorenciana multiple times. During those visits, we have protected the plants from insect threats, hand pollinated the only remaining female plant, and collected seeds that were then germinated and grown at a cooperating botanical garden. 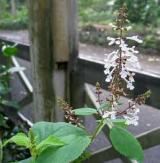 Turtles are one of the least studied species in Nepal regarding their ecology, habitat, distribution and threats. The conservation of such species largely depends on their occurrence within protected areas or on the importance given at national level. This project aims to assess the status and threats facing Critically Endangered Red-crowned Roofed turtle in an area which connects two protected areas across Nepal and India.